Look to my left and I see the Hollywood Sign! 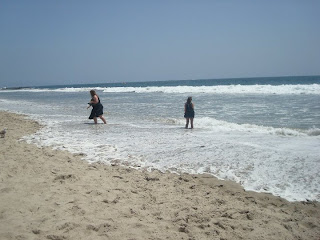 Friday: We arrived in L.A. at around 11 am and headed towards Santa
Monica for lunch. We found this really cute restaurant to eat outside
and on the menu we found "The Breakfast of Champions" that was a bottle
of Don Par ion and Chili dogs. So random! Sara's dream 1 night stand,
It was like $225!!! We walked around there for a little while and then
walked around Hollywood seeing the stars, hand and foot prints etc. Next
we headed up to the Griffith Observatory for a great view of the city
and the Hollywood sign. Thanks for the tip blog friends! For dinner we went to our new fav place, Uwink. Every table/Bar spot has interactive screens with pictures of everything on the menu and you order right off the screen. It was delish. Also
the screens can be used for games where you can just play with your
table or challenge the whole restaurant. It was so fun! 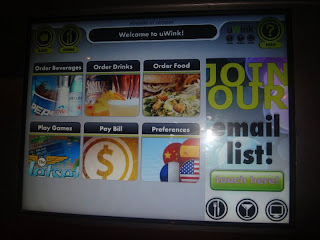 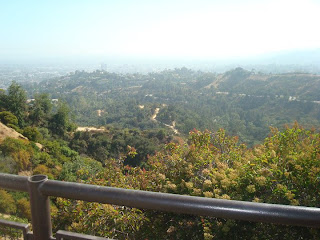 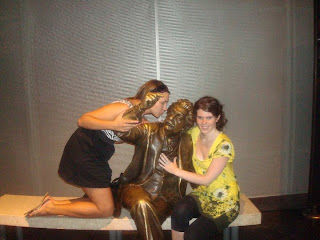 The most famous person we saw... 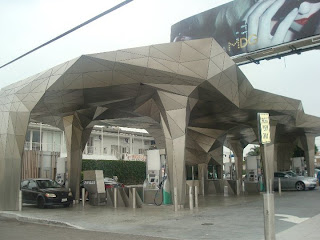 Isn't this gas station crazy! You should see it at night, it changes all kinds of colors!

Saturday: We walked around the Venice Canals. That was so pretty and
we want to live there! Next was Venice Beach, where we met many
interesting people, but it was really fun. Love the ocean! We went to
another place with an outdoor lunch and the drinking began-unlimited
mimosas for $12!! We then drove up the cost to a wine tasting place
which was really fun. Next we went to a place in a hotel called the
Penthouse, which is kind of like the Signature Room in Chicago but not
as high, it was really cute in there and had a great view. We just had
coctails there. That night we went to Kelly's work and were so jealous.
They had a mini golf thing, a box of liquor and a beer fridge for if
they had a stressful call or meeting. We did a mini photo shoot there,
haha, so hopefully Kel still has a job today. Lol. That night we kind
of just had a chill night in and watched a movie and drank. And by
watching a moving and drinking we really mean Kelly fell asleep and Kel
and Sara watched the movie! 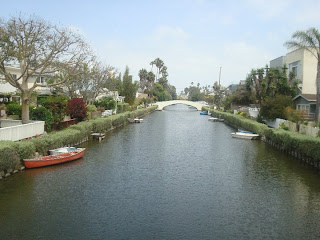 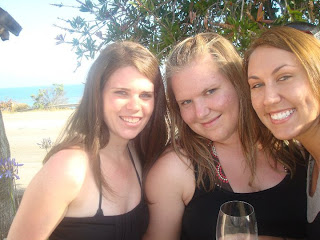 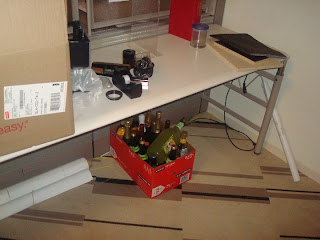 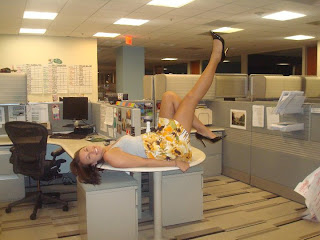 Sara on Kelly's crushes desk...hopefully she is still employed...


Sunday: Kelly and her friends are so planned out. We went to a parade
in the morning and then spent the day at the beach. One of her
coworkers literally lives on Santa Monica Beach (lucky beotch) and they
had set up a tent, had tons of food and games. Her apartment was
amazing, the rent was $4000 per month and the place behind her cost
$20,000 per month!! It was the perfect 4th of July. Sitting on the
beach, playing games with some cocktails and patriotic music! It was so
fun and a beautiful relaxing day. At night we saw the fireworks and
went to dinner on the pier. The only bad thing was the bartenders didn't
know how to make a correct bomb pop shot (layers of red, white and blue)
but the jagger bombs were awesome! 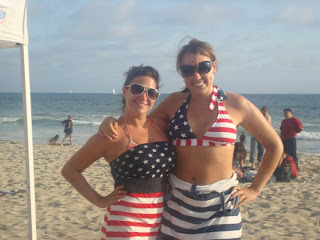 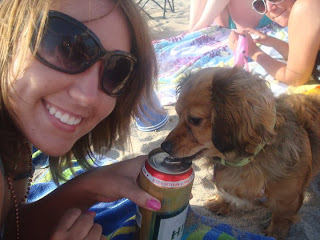 Overall the weekend was amazing and we didn't want to come home!
xoxo,
Kelly and Sara
Posted by Kelly and Sara at 9:04 AM