Demon Animal on the Loose

So yesterday started out as a fun day... My coworker and I played an April Fool's joke on everyone in the office, especially my boss. For that everyone joined in. She thought is was so funny. We filled her entire office with boxes. So that was fun :) 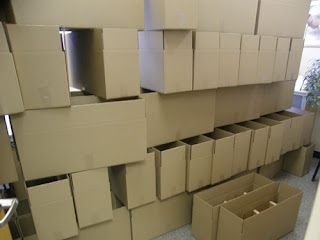 And then we were so busy around the wedding that we never got around to returning one of our gifts. And never had gotten a receipt for it but knew they said they got it at Home Depot so we figured they still sell it in the store so we might as well try returning it, what's the harm in trying? We ended up getting $117 dollars of store credit and were able to get new door knobs for all the doors inside our house. I know...never thought I would be excited about that...lame adult ;) But free is much better than paying for something no matter what you buy right?!

But then the bad part. Some sort of demon animal is destroying our roof. I love animals as much as the next girl, but not when they are going to cost me lots of unplanned money. I only have a couple pictures with me. There are several parts where the rafters and insulation are exposed for 5 or six feet in a row...shoot me now. So water has been pouring in, animals have been living in, uggghhhh. Here are some shots...not good :( fml 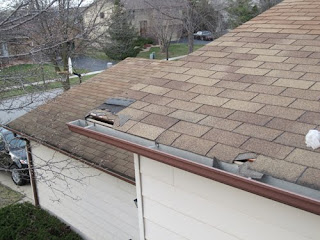 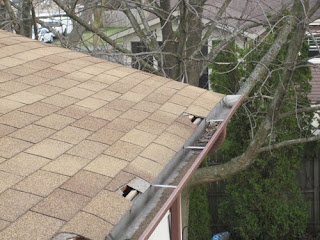 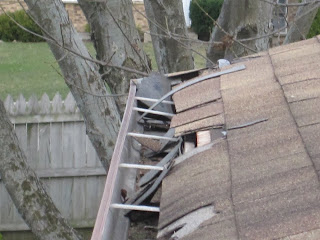 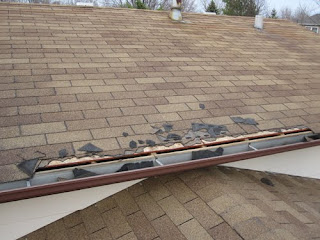 Guess you just have to count the many blessings you do have and figure out the rest.
Hopefully today will be a good day!
xoxo
Kelly
Posted by Kelly and Sara at 8:07 AM