Our Trip to Sicily! 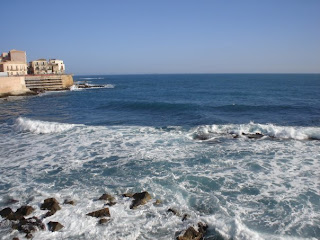 Senior year of college Sara and I went on a three week j-term trip that our school was offering to the island of Sicily and it was one of my favorite things I have ever done. It was a credit class, but we tried to make it as little about class as possible. I mean, we are seniors, we have that whole school thing down, right?

So we did as little as possible, and played our lives away exploring the cities. Our teacher HATED how his class was not our number one priority and thought we were such idiots, but the funny thing was with how little we tried we got the best grade in the class! In the end he warmed up to us because he could see that while we came off as two crazies that just wanted to have fun, we were obviously still absorbing something. See? Why waste your time studying when you can get an A and still focus on other things like site-seeing and drinking?!?

So the first week, we were in the beautiful city of Taormina! Seriously, go there if you ever have the chance. It is so gorgeous it looks like a set straight out of a theme park or movie. That week we took Italian and just took in the city! We happened to be there for New Year's and it was a blast to see the difference between there and here. They don't even start going out until after midnight and stay out until about 8 am. It was so great. We def. stood out because it was 50ish at night so us midwest girl's go out in these short dresses and tank tops thinking it is pretty warm for a night out and they are all wearing winter coats and mittens. They def. knew we weren't locals, haha!

The second and third week we were in Saracusa, which is a much bigger city surrounded on 3 sides by ocean. This was also an awesome place to visit, and we had our own little four person villas for the two week stay. It was awesome! We took History of Sicily so we would go on different day trips to some of Sicily's most popular attractions. We went out almost every night here, and made "good friends" with this creepy old Italian guy who owned a bar who kept trying to marry us off to his relatives, but at least we got lots of free drinks! This is where my hatred for gin stemmed from, they love it and all I can think of is Christmas tree, uggghhhh...Let me tell you bus trips weren't fun the next morning though, we wanted to die! Worth it though :)

Here are some pics... 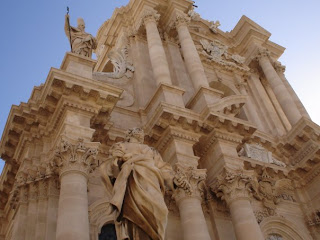 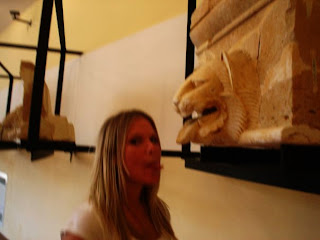 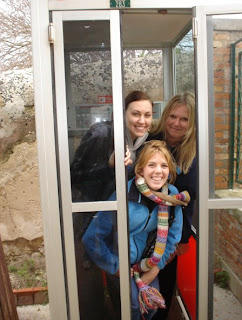 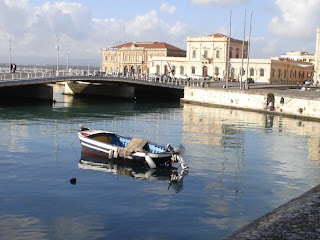 Go on any great trips with your best friend? Been to Sicily? Can't wait to go on more trips with Sara (mabye we'll let the guys come to-if they are good :/ lol)

Hope you lovelies have an awesome weekend!!!
xoxo
Kelly
Posted by Kelly and Sara at 2:00 PM